The Best Broadway Shows for Families Broadway shows are truly magical. The combination of live music, incredible acting, and breathtaking sets and costumes creates an unforgettable experience. They offer the perfect way to escape the everyday and be transported into a world of pure imagination. The stories and characters come to life on stage, and the audience feels like they are part of the show. Are you looking to take your family to a Broadway show but aren’t sure which one to choose? Keep reading to find the perfect shows for families so that you can snatch your last-minute tickets at TodayTix today! 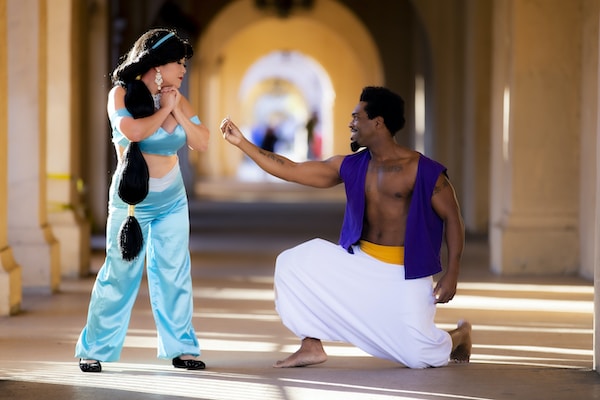 Disney’s “Aladdin” is a musical based on the 1992 animated film of the same name. The show features music by Alan Menken, lyrics by Howard Ashman and Tim Rice, and a book by Chad Beguelin. The story follows street urchin Aladdin, who falls in love with Princess Jasmine, and uses a magic lamp to transform himself into a prince in order to win her hand. The Broadway production premiered at the New Amsterdam Theatre on March 20, 2014. It was nominated for five Tony Awards, including Best Musical. The show has been praised for its strong cast and lavish set and costumes.

“The Lion King” is a Broadway show based on a Disney animated film of the same name. The show tells the story of Simba, a young lion who is forced to flee his home after his father, Mufasa, is killed by his uncle Scar. Simba eventually learns that he must return to face Scar and reclaim his throne. The Lion King features music by Elton John and lyrics by Tim Rice and was first performed in London in 1997. The Lion King has been praised for its powerful storytelling and its talented cast, which includes actors who play animals using masks and puppets. The show has also been successful commercially, running for over 18 years on Broadway and earning more than $8 billion worldwide.

“Matilda the Musical” is a Broadway show based on the novel of the same name by Roald Dahl. The story follows Matilda, a young girl with extraordinary powers, as she navigates her way through life at school and home. Despite being faced with obstacles at every turn, Matilda never gives up fighting for what she believes in. The musical is appropriate for families with children aged five and up. It features catchy songs, colorful sets and costumes, and plenty of humor that will keep kids entertained from start to finish. The story also has a positive message that will resonate with young audiences.

Charlie and the Chocolate Factory

“Charlie and the Chocolate Factory” is a Broadway show based on the book of the same name by Roald Dahl. The story follows Charlie Bucket as he wins a tour of the titular chocolate factory, run by the eccentric Willy Wonka. Along with his fellow winners, Veruca Salt, Augustus Gloop, Violet Beauregarde, Mike Teavee, and Charlie himself. Charlie must avoid being eliminated from the tour by Wonka’s strict rules. The songs in the show are written by Marc Shaiman and Scott Wittman, who also wrote the music for “Hairspray.” The show premiered on Broadway in April 2013 after a tryout engagement in London. It was nominated for five Tony Awards, including Best Musical. The original cast included Douglas Hodge as Willy Wonka and four young actors who alternated playing Charlie Bucket: Ryan Foust, Jake Lucas, George Salazar, and Theo Stockman.

Overall, there are plenty of family-friendly shows on Broadway that will appeal to both parents and their children. Broadway is a great destination for a fun family outing, and as shown by the list above, there is certainly no shortage of great shows to choose from. Adrian Bales is the creative editor for Get Spaz. His passion for journalism and creative writing led him to pursue an English degree from NYU. Adrian is an accomplished writer who loves the thrill of working on dedicated and enthusiastic team of journalists. Adrian is originally from Brooklyn, and now resides on the West Coast, along with the rest of the Get Spaz team.

How to Totally Transform Your Kitchen

What To Expect During Each Stage of the Grieving Process

Everything You Need To Throw an Awesome ‘80s Theme Party